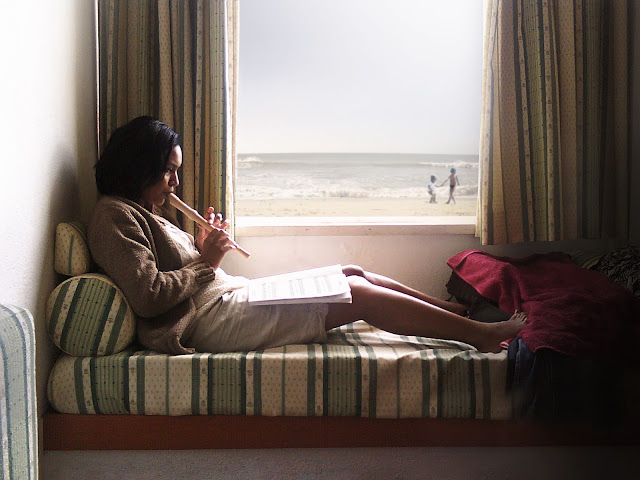 This photo was originally taken some time ago of Janet in our hotel room in Portugal. She was practicing the recorder while I was recovering from the flu, a virus I caught before we left a cold December England. Coming across the photo again, I decided to clean it up, fix the composition, as well as doing my usual adjustments to the colour, contrast and highlights.  I then added the view of the beach (also stolen from another photograph I had taken in Portugal). Not quite resting there, I decided to add the two children playing in the background. Somewhere within this picture I wanted to create a sense of foreshadowing with our children who later came into our lives. There is really no defining link between the music lesson going on and the children in the background, as the final photo was a product of evolution the more I played with it. But I appreciate the surreal element that somehow possesses it, a story that is inferred rather than explicitly told.
Labels: Photography